When Bitcoin first came into existence in January 2009, the skepticism that followed it ensured that only a few blockchain enthusiasts were using it.

However, according to bitcoin market journal, nearly 32 million bitcoin wallets were set up worldwide by Dec 2018. The online journal also revealed that there are about 7.1 million active bitcoin users, with the foremost crypto exchange platform-Coinbase-having over 13 million users.

The widespread acceptance of Bitcoin has allowed for the emergence of several other coins including Ethereum, Zcash, Ripple, and many more. In addition, companies are predicting that that blockchain, the fundamental technology of bitcoin and other digital currencies could essentially transform the economy, guiding towards a rise in blockchain projects.

As opposed to the conventional method of buying and selling crypto, crypto enthusiasts can now get crypto coins by Blogging, curating and commenting, Faucet farming, Cloud mining, Staking, Airdrops, Bounties and Mining to mention a few.

For some hardcore crypto enthusiasts, mining at home with dedicated personal computers or a mining rig is a go-to option. However, mining has always been a competitive field where a standard desktop PC or laptop might not be enough. Miners usually need to spend some initial capital on a high-end pc and some additional GPU for it to be gainful. Even with the hardware investment in place, it usually takes a couple of months for miners to break even because the earnings on mining can be very slow sometimes.

Nevertheless, Monero Miner offers a ground-breaking way of mining cryptocurrencies to users. With Monero miner, users can sidestep the expensive mining hardware, excessive use of power and the technicalities that come with the conventional mining system by simply mining coins on their browser (without sacrificing earnings).

Monero.rocks works as a pool and browser that is easy to use, and it also possesses distinguishing features because it was created with the latest in web mining structures. MoneroMiner.Rocks takes into cognizance that comfort is key, hence they have ensured that there’s no mandatory software for users to download or configure before they start mining coins.

Although, MoneroMiner.Rocks was originally created as a platform to facilitate the mining of cryptocurrency like Monero (XMR) and Electroneum (ETN), it has since expanded to mine other coins, with the newest addition to the family-Masari-.

The good news for Masari enthusiasts is that they can now mine coins on Monerominer.rocks. For those who aren’t familiar with the coin, here’s a bit of information about Masari.

Masari has potentials to compete against top cryptocurrencies, become a part of it and mine Masari coins on monerominer.rocks

Sumokoin has been Added to the Pool+ Browser Miner

New V1.2.0 is out for the Rhino Miner WordPress plugin.  The major update for this release is removing the unsupported coins as well as the pools. Download Plugin Changelog: Dev: Updated information text across the Read more… 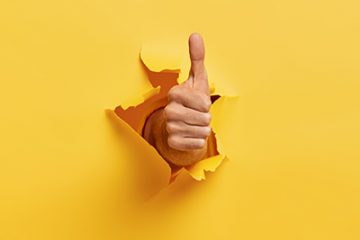 We have recently decreased the miner fee to 12%!  This will affect users that use our Rhino Miner WordPress Plugin, JavaScript Embed Miner and users that have a Free account. We have been talking about Read more…

We use cookies on our website to give you the most relevant experience by remembering your preferences and repeat visits. By clicking “Accept All”, you consent to the use of ALL the cookies. However, you may visit "Cookie Settings" to provide a controlled consent.
Cookie SettingsAccept All
Manage consent

This website uses cookies to improve your experience while you navigate through the website. Out of these, the cookies that are categorized as necessary are stored on your browser as they are essential for the working of basic functionalities of the website. We also use third-party cookies that help us analyze and understand how you use this website. These cookies will be stored in your browser only with your consent. You also have the option to opt-out of these cookies. But opting out of some of these cookies may affect your browsing experience.
Necessary Always Enabled
Necessary cookies are absolutely essential for the website to function properly. These cookies ensure basic functionalities and security features of the website, anonymously.
Functional
Functional cookies help to perform certain functionalities like sharing the content of the website on social media platforms, collect feedbacks, and other third-party features.
Performance
Performance cookies are used to understand and analyze the key performance indexes of the website which helps in delivering a better user experience for the visitors.
Analytics
Analytical cookies are used to understand how visitors interact with the website. These cookies help provide information on metrics the number of visitors, bounce rate, traffic source, etc.
Advertisement
Advertisement cookies are used to provide visitors with relevant ads and marketing campaigns. These cookies track visitors across websites and collect information to provide customized ads.
Others
Other uncategorized cookies are those that are being analyzed and have not been classified into a category as yet.
SAVE & ACCEPT